Arrival in Athens. Connecting flight to Rhodes island. Upon arrival, you will be met by our assistant and transferred to your hotel.

The excursion includes licensed Guides and private air-conditioned taxis and commences with a one-hour scenic drive along the East Coast of the Island, which passes through different landscapes and many villages. At the village of Archangelos, the guests will enjoy a visit to a pottery factory, for a demonstration of handmade pottery being crafted at a Potter’s wheel. At Lindos the ‘Jewel of the Island’ with the most attractive village on Rhodes, the guests will enjoy a guided visit to the Acropolis, which includes the Great Stoa, the Temple of Athena Lindia of the 4th century BC, the ancient theatre and the few remains of the temple of Dionysus. The view from the rock of the Acropolis which rises shear 115m above the Sea is unique. The excursion continues through the picturesque medieval village, built amphitheatrically around the foot of the steep rock leading to the acropolis. The guests will see traditionally built white stone houses with their decorated pebble stone floors, many dating back to the 15th and 16th centuries, taking you back to another era. The final visit is to the 15th century medieval church dedicated to the Virgin Mary, with its octagonal dome, unusual belfry, carved iconostasis and 17th century wall paintings (guiding inside the church is not allowed).

Welcome to Rhodes, the capital of the Dodecanese, also known as the Island of Knights.

With its bright green hills, rich green valleys and uninterrupted line of golden beaches, Rhodes is truly a blessed place.

The atmospheric old town of Rhodes, a legacy of the crusading Knights of St John, who used the island as their main base from 1309 until 1522, is a maze of cobbled streets spiriting you back to the days of the Byzantine Empire and beyond. Further south is the picture-perfect town of Lindos, a weave-world of sugar cube houses spilling down to a turquoise bay. Family friendly, Rhodes is the perfect base for day trips to neighboring islands.

Only few kilometers south of Heraklion, Knossos, the capital of King Minos and the center of the magnificent Minoan civilization is located.Our visit here will take us a step back in time and some 4000 years, 2000 BC.Knossos and her Palace, famous throughout the world through the myths of Europa, the Minotaur, the Labyrinth and Theseus, Daedalus and Ikarus, will open us a window to the most ancient civilization of Europe and its reality you can’t miss. Knossos’ architectural feats include several storey buildings (first in the world) with light wells and bathrooms, impressive pillars and an ingenuous drainage system, aqueducts, irrigation systems, paved roads and magnificent frescoes. All these will impress you and show an advanced beautiful jewelry and a way of life you never thought possible in the dawn of history. In Heraklion you may wander around the city to see the Venetian buildings and castle, the impressive Cathedral, the fountains, the open street market or just to have a lunch. In 1204, the city was bought by the Republic of Venice. The Venetians improved on the ditch of the city by building enormous fortifications, most of which are still in place, including a giant wall, in places up to 40 m thick, with 7 bastions, and a fortress in the harbor. The Herakleion Archaeological Museum is one of the largest and most important museums in Greece, and among the most important museums in Europe. It houses representative artifacts from all the periods of Cretan prehistory and history, covering a chronological span of over 5,500 years from the Neolithic period to Roman times. The singularly important Minoan collection contains unique examples of Minoan art, many of them true masterpieces. The Heraklion Museum is rightly considered as the museum of Minoan culture par excellence worldwide. The museum, located in the town centre, was built between 1937 and 1940 by architect Patroklos Karantinos on a site previously occupied by the Roman Catholic monastery of SaintFrancis which was destroyed by earthquake in 1856.

Agios Nikolaos is a cosmopolitan seaside resort located on the east end of Crete island.

The lake, the town’s jewel, is known for its many legends, according to one of which, Athena and Artemis are bathing in its waters. The lake becomes one with the sea through a narrow canal, and is surrounded by red rock formations and lush vegetation.

A stroll in the shops is always a pleasure. Stores sell unique traditional Cretan art artifacts, copies from the local archaeological museums, jewels, and impressive embroidery. They also sell local products and delicacies that dazzle everyone’s palate. The town is filled with traditional coffee shops that serve local dishes and raki.

Early morning pick up and transfer to Heraklion port for your ferry ride to Santorini island. Upon arrival in Santorini, you will be met and transferred to your hotel. Balance of day at leisure.

Morning free to explore the island. In the afternoon join the 5 hour semi-private catamaran sunset cruise along the caldera. Whilst taking in the striking landscape of the Santorinian sunset you can also enjoy swimming, sunbathing and snorkeling in private bays like the famous volcanic hot springs. Satisfy your appetite with famous Greek dishes, enjoy a rich barbecue on board, with fresh seafood and taste not only our culinary skills but also the history of Santorini which will amaze you and the cultural diversity which will intrigue you.

Free day in Santorini to enjoy the sun, the unforgettable view and the most romantic sunset in the world. Santorini is the essence of a Greek island, where sea meets weather-beaten rock and colors are bold and elemental. Blue-domed chapels stand on hilltops; houses are simple white cubes, sunsets flamboyant orange. The half-moon island, with its rearing cliffs and dramatic outlooks, is all that remains of a huge volcanic explosion.

Visit one of the most important archaeological sites of Greece :

THE ANCIENT SACRED ISLAND OF DELOS !

Only a 45 minute boat ride away from Mykonos Delos was the centre of the Cyclades of the ancient world, the island of light, birthplace of Apollon and Artemis, home to the first multicultural civilization and trade.
There is a lot to see: having been inhabited between 2500 and 69 b.C. Delos boasts of many treasures remaining from these times like the ancient market place Agora, the famous terrace of the Naxos lions, the holy lake, the ancients living quarters and theatre that give you a lively vision of the daily life then; especially the houses of Dionysos, Kleopatra, the Trident, the Masks, the Dolphins with their mosaics are a fantastic experience of art not to be missed.
Furthermore there are the Temple of Isis, the Egyptian goddess, the Roman water system and cisterns and the wonderful museum with plenty of breathtaking mosaics, statues and many more objects found during the excavations.
On our guided tour you depart at 10am from the old pier in Mykonos Town and you return at 2.30 pm. If you wish to remain a little bit longer you can also take the last boat back at 3 pm in order to have some time at leisure or maybe climb on Mount Kynthos to enjoy the view over all the surrounding Cycladic islands.

Welcome to the cosmopolitan island of Mykonos! Every year it is visited by thousands of tourists and celebrities from around the world. All the houses, shops, churches, restaurants and windmills are immaculately whitewashed, with door frames and window shutters highlighted with splashes of sky blue and jade green. The streets are a maze of narrow, winding alleyways – many only two or four feet wide, overhung with dazzling pink and purple blossoms. On every second doorstep sits a cat, gazing down serenely at people passing by.

The complete ancient Athens experience! Dive into the marvelous world of Ancient Athens with a full day tour at all the must-visit sights. Uncover stories from the Greek mythology throughout the visit of the magical Acropolis and 2 more landmarks in the city. Continue with a unique Acropolis museum tour that explores the private and public lives of ancient Athenians by decoding the hidden messages within the artifacts they left behind! 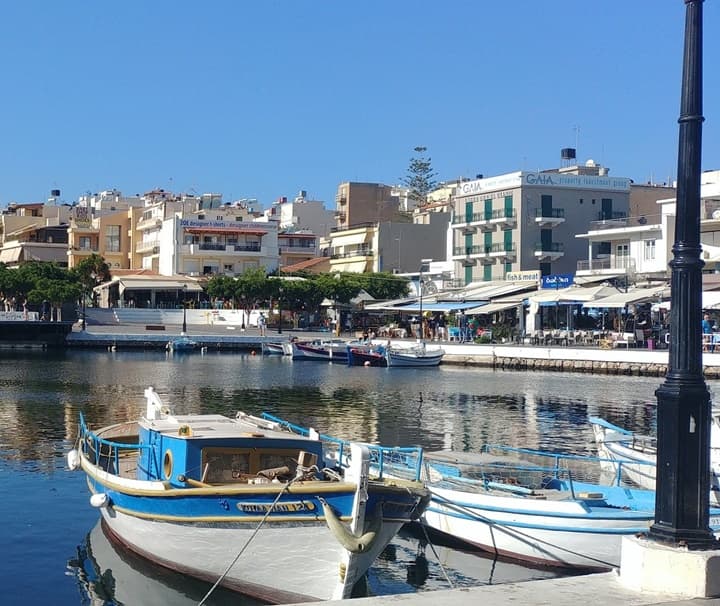 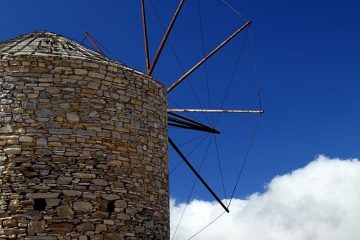 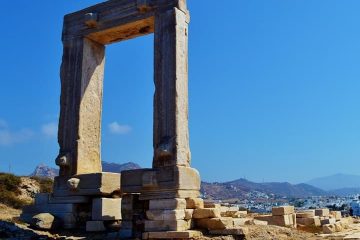 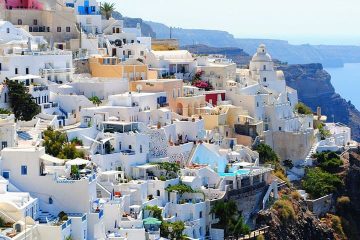 Symphony of the Aegean Honeymoon