Arrival in Athens. Make your own way to the terminal for your connecting flight to Santorini island. Upon arrival, you will be met and transferred to your hotel. Balance of day at leisure.

Morning free to explore the island. In the afternoon join the 5 hour private catamaran sunset cruise along the caldera. Whilst taking in the striking landscape of the Santorinian sunset you can also enjoy swimming, sunbathing and snorkeling in private bays like the famous volcanic hot springs. Satisfy your appetite with famous Greek dishes, enjoy a rich barbecue on board, with fresh seafood and taste not only our culinary skills but also the history of Santorini which will amaze you and the cultural diversity which will intrigue you.

This is the best choice if you want to explore the magic world of the Santorini volcanic wines. Enjoy a stimulating tasting experience under the guidance of our experienced wine experts, visit three selected wineries, learn all about the local grape varieties and the viticulture of Santorini. Taste and admire the real spirit of Santorini with our signature Santorini Wine Roads Tour. This tour is ideal for all visitors as it gives the opportunity to learn in an entertaining way all there is to know about the wine culture of the island! The only thing you need to do is share with us the feelings that the tastes of Santorini wines create to your palate and your heart!

Mykonos Island – A pearl in the Aegean Sea – blue sky, beautiful snow-white houses, lovely beaches everywhere…
Pick up from your hotel. This tour combines a vehicle driving tour around the Island of Mykonos and a walking tour in the old city. By driving around you will have the chance to see the beautiful and romantic white sandy beaches of the Island and also you will go to see the old city from the top road.
Starting the City-and Island tour by walking the small and narrow whitewashed streets, where you will appreciate the fact that it’s confusing layout was designed to foil the attacking pirates. We have many possibilities to take nice photographs in the early morning, quiet city. We see fishermen and their wooden boats, small private chapels and houses built in typical Cycladic style. We get orientation and information in the labyrinth of the old town as well as impressions of the small port and the churches in town, like the Paraportiani church. You will stroll through picture-perfect Little Venice, so called due to its striking resemblance in design to the famous canal city. You will also see the famous windmills, an island trademark, which offer a wonderful photo opportunity. Of course we will find Petros The Pelecan, the mascot of Mykonos!
After this we are exploring the island with a vehicle, visiting some of the most famous beaches and the inner landscape. We will visit the beach of Saint Stefanos and then we stop at the Panorama point above Mykonos town with a stunning view and photo spot. Furthermore we drive to the famous beaches of Agios Giannis (from where we have a nice view to the sacred island of Delos), Plati Yalos. In the second main village of Mykonos, Ano Mera, an idyllic place 6km from town, where the guests have enough free time for a stroll around the traditional square and they can visit the monk monastery Panagia Tourliani built in the 16th century. Next stop is Kalafatis beach where there is time to relax a little and have a coffee or a refreshment (not included in the price), before going back to town and to reach a place with a fantastic view all over the town and neighbor islands.
A Half Day Trip with a lot of memorable impressions!

Day at leisure in Mykonos to enjoy this unique island. Mykonos island is a wonderful kaleidoscope of cosmopolitan shops, rocking bars, quaint windmills, great beaches, homey taverns and hidden churches all set against a brilliant blue backdrop. And it’s not just the water that sparkles in the sun on Mykonos, but also the marble streets and beautiful white cubist buildings that characterize the island’s architecture.

Morning sightseeing tour of Athens. The striking contrast between breathtaking monuments of a glorious past and modern elegant structures is what you will enjoy during your tour of Athens. Visit the Acropolis,the crowning beauty and glory of Ancient Athens, with its many monuments atop its rocky base, including the awesome Parthenon, the Propylea, the temple of Athena Nike and the Erechtheion, with its Porch of Maidens. Drive to the Roman Temple of Olympic Zeus, the Panathinaikon Stadium(site of the first modern Olympic Games in 1896), the Tomb of the unknown Soldier in front of the Parliament House on Constitution Square. See views of government buildings and elegant structures of the 19th century. Drive along Panepistimiou Avenue and view the Catholic Cathedral, the Academy, University, National Library. In contrast, conclude your tour with a visit to the new Acropolis museum, a marvel of architecture with a full exhibition of the glory of Ancient Athens.

Drive through LEVADIA and ARACHOVA (famous for its bright multi colored carpets) arrive in DELPHI.
At the foot of Mount Parnassos, within the angle formed by the twin rocks of the Phaedriades, lies the Pan-Hellenic sanctuary of Delphi, which had the most famous oracle of ancient Greece. Delphi was regarded as the centre of the world. According to mythology, it is here that the two eagles sent out by Zeus from the ends of the universe to find the navel of the world met. The sanctuary of Delphi, set within a most spectacular landscape, was for many centuries the cultural and religious centre and symbol of unity for the Hellenic world and seat of the Pythian Games, the second most important games in Greece after the Olympics, which were held every four years.
Between the sixth and fourth centuries BC, the Delphic oracle, which was regarded as the most trustworthy, was at its peak. It was delivered by the Pythia, the priestess, and interpreted by the priests of Apollo. Cities, rulers and ordinary individuals alike consulted the oracle, expressing their gratitude with great gifts and spreading its fame around the world. The oracle was thought to have existed since the dawn of time. Indeed, it was believed to have successfully predicted events related to the cataclysm of Deukalion, the Argonaut’s expedition and the Trojan War.
Visit of the archaeological site and the Museum where one can see among other archaeological treasures, the unique bronze statue of the Charioteer dedicated to Apollo by Polyzalos, the tyrant of Gela, in 478 B.C. when he won the chariot-race at the Pythian Games. This incomparable statue is a representative example of the ”severe” Attic style, certainly the work of a major artist. 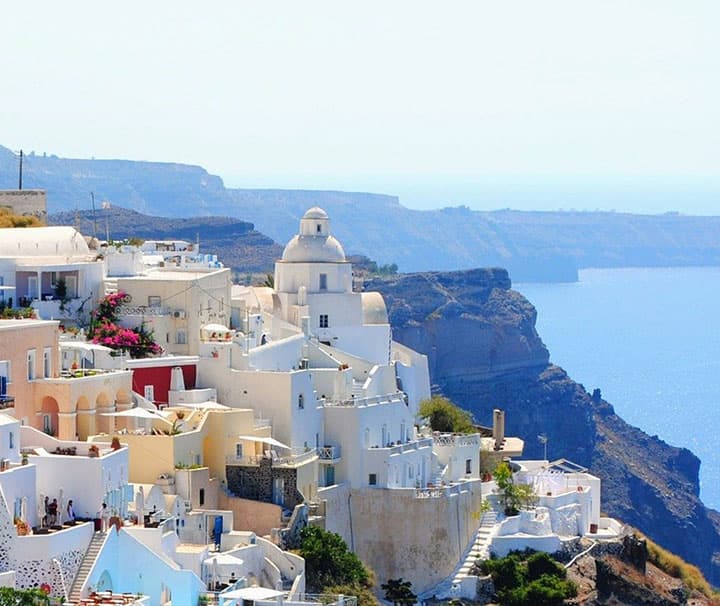 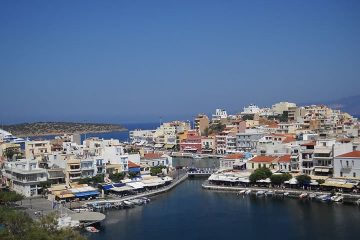 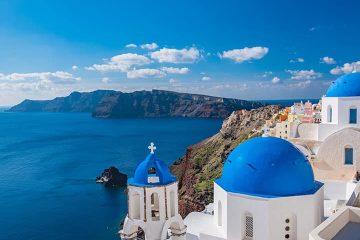