Upon arrival in Athens, you will be met by our assistant and transferred to your hotel.

Start your tour at the magnificent Temple of Olympian Zeus which was, and still is, the unofficial entry point to Athens and the mythological start of this glorious city.

From there, your English-speaking guide will take you all the way to the Theater of Dionysus and the Acropolis to visit the Temple of Athena Nike, the Temple of Erechtheion, the Propylaia and of course, the marvelous Parthenon.

It is here that the most famous ancient myths come to life, stories about Gods and Heroes, such as almighty Zeus, Athena, Goddess of Wisdom and protector of Athens, Poseidon, God of the Sea, Dionysus, God of Wine and many more. But what’s even more intriguing is that you’ll also find out what truths hide behind these myths and why the Ancient Greeks created them.

Your tour back in time continues to the Ancient Agora. It is here that democracy was born and where great philosophers such as Socrates spoke about global truths. Here you’ll have a rare chance to see the Hephaisteion, the most perfectly preserved of Greece’s temples and one shared between Athena and the God of the forge, Hephaestus. You ‘ll hear more mythical stories about Theseus and the Minotaur, the jealous wife of Zeus, Hera and Aphrodite, Goddess of love and beauty.

This walk will also help you figure out how this city was created and how it rose to become one of the greatest cities of the old world, how Athens managed to create such a reputation and such monuments that are still immortal and legendary. Just like their Gods.

An original and unique tour, unlike any other day trip to Delphi and its surroundings

The ancient past meets the present in this all-day exploration of the site of Delphi, with its unique temples and monuments, the world of traditional crafts and the unexplored villages in the surrounding area.

The oracle of Delphi is located in a setting of outstanding natural beauty on the lower slopes of Mount Parnassos; before entering the archaeological site and admire its wonders, you’ll have a chance to find out much more about the mountain and what life is like here today.

To accomplish that, you will visit an old town neighborhood, largely abandoned today, which used to be the leather tanner’s district. Here, in a space that’s strongly evocative of the past, you’ll witness firsthand what a tanner’s working life was like a century ago (and still is today!) and listen to the tanners’ stories –father and son– to understand what life is like today in this part of Greece.

If you are lucky, you’ll also get to visit the last bell-maker in Greece. In his small workshop, he’ll show you the art of bell making, creating the bells that the local villagers use for their livestock. As his work schedule is irregular, his workshop isn’t open to visitors at all times.

After that, it’s time for lunch, all in the form of local delicacies from the region, which you’ll enjoy sitting in the town square, under a large plane tree –you’ll taste local cheeses and the famous Amfissa olives before tucking into a traditional regional specialty as a main course that the women of the village have prepared for you.

When lunch is finished it’s back to Delphi, the ancient oracle of the Gods. This is the best time to visit the site, when the tourist hordes have departed and let you admire in peace the ruins of the Temple of Apollo, the reconstructed Athenian Treasury and the Theater. You’ll want to take your time, not only because the site is built into the side of a mountain, but also because there’s just so much to see here, and the setting itself is magical; a place of great spiritual power hugging the side of a towering mountain, and below it, a sea of olive groves as far as the eye can see, all the way to the Corinthian Gulf in the distance. No wonder that even the most powerful rulers and noblemen of antiquity were awed by the splendor and revered the sacred site of Delphi and its earthly connection to the divine.

When you’ve seen all there is to see outside, it’s time for the Delphi museum, a short walk downhill from the site. Here, be sure to see the bronze Charioteer of Delphi (it’s said his profile is completely different, depending on which side of his face you choose to look at), the haunting Sphinx of Naxos and what might be the very first ever recorded notation of a musical melody, contained in an ancient inscription from the walls of the original Athenian Treasury.

Now, it’s time to head back to Athens, taking back memories of the mountain, the town and the incomparable ancient Delphi.

Morning transfer to Piraeus port to embark the cruise ship for your 4 night cruise to the Greek islands & Turkey.
After embarkation this morning, on board, a range of activities are available to you:; sip a cocktail by the pool, try your luck in the casino, work-out in the fitness center or just relax and soak up the glorious Mediterranean sun. You will be wined and dined with an array of enticing international and Greek cuisine.
At 18:00 the ship will dock in Mykonos; an island that needs little introduction! A summer holiday meeting point for jet setters worldwide, this glittering, glamorous island has everything you expect: fantastic beaches with crystal clear water, whitewashed sugar-cube houses with blue wooden shutters, narrow streets to stroll around, and last, but not least an incredible nightlife!
The evening is yours to enjoy this beautiful iconic Cycladic Island.

Early morning breakfast will be served on board as the ship docks at the Port of Kusadasi. This is a very full day with lots of things to see and do.
Excursions in Kusadasi (Turkey) is:  Ancient Ephesus through the Ages – Hellenistic/Roman  (Half Day: Up to 4 ½ hours)
KUS-02: Ancient Ephesus through the Ages -Hellenistic /Roman
Our Ancient Ephesus bus tour is a journey through the golden ages which shaped a pivotal center of commerce and spirituality. Built 3,000 years ago, Ephesus shaped the history of Greek, Turkish and Christian civilizations from its privileged location, chosen (according to legend) by the oracle of Delphi. A site of pilgrimage, due to its proximity to the Temple of Artemis (one of the 7 Wonders of the World) and the presence of major Christian figures (the apostles Paul and John and the Virgin Mary) within the city walls, Ephesus is currently one of the largest Roman archaeological sites in the Mediterranean. The splendour of its golden age is visible throughout its streets and exceptionally well-preserved ruins. As we explore this UNESCO World Heritage Site you will have the opportunity to breathe in the centuries of cultural effervescence, visible in the Ephesus Agora, Odeon, the Houses of the Patricians, the beautiful Temple of Hadrian and the astonishing Library of Celsus. You will also have the opportunity to bargain and shop local merchandise such as carpets, leather goods, souvenirs etc.
During the excursion you will have the opportunity to do some shopping such as carpets, jewelry, leather and other souvenirs.
Depart for Patmos island 13:00pm and arrive late afternoon in Patmos and spend the evening at leisure in Patmos (explore the Monastery of St John and the Grotto of
Revelations. Depart Patmos around 21:30pm and sail to Rhodes.

Enjoy a full day on the island of Rhodes (Greece), the largest island of the Dodecanese archipelago. Explore the island`s medieval Old Town, preserved in and around the walls of a Venetian castle, built by the 14th-century Knights of St. John. A UNESCO World Heritage Site, the Citadel of Rhodes is located at the far northern end of the island and is considered one of the best preserved medieval towns in the Mediterranean.
***** Excursion in Rhodes (Greece) is :  Acropolis of Lindos  Rhodes
RHO-01: Rhodes  – Medieval tour – Acropolis of Lindos and the Citadel of the Knights   (Half Day: Up to 4 ½ hours)
Centuries of culture and layer upon layer of extraordinary civilizations await to be discovered during our bus tour through impressive Lindos and within the awe-inspiring structure of the Acropolis of Lindos. We will follow the footsteps of heroes as we walk along the Knight’s Street in the heart of historical Rhodes. The seven lodges of the Order, still bearing their original coats of arms, are displayed along the cobblestone street where Rhodes’ history was written for over two centuries. Sitting at the top of Knights Street, the Grand Master’s Palace is well worth its name. You will be awed by the fort’s imposing Gothic architecture and strength displayed throughout its court structures, as you get a glimpse into the fascinating era of the Knights. We will end our tour of historical Rhodes with free time so that you may fortify your memories of Rhodes at your own pace.

Arrive early this morning in Heraklion (Crete, Greece), one of the four prefectures that constitute the island of Crete. Enjoy a half day at leisure to explore the island on your own. At noon, cruise to Santorini, and enjoy an evening on Santorini Island. Known for its breathtaking caldera, Santorini is also famous for its sandy beaches, colorful sunsets, and whitewashed buildings along the sea-cliffs.

Early morning return to Piraeus port. After breakfast on board, disembarkation and transfer to your selected hotel. Balance of the day at leisure.

According to your departure flight, you will be transferred to the airport. 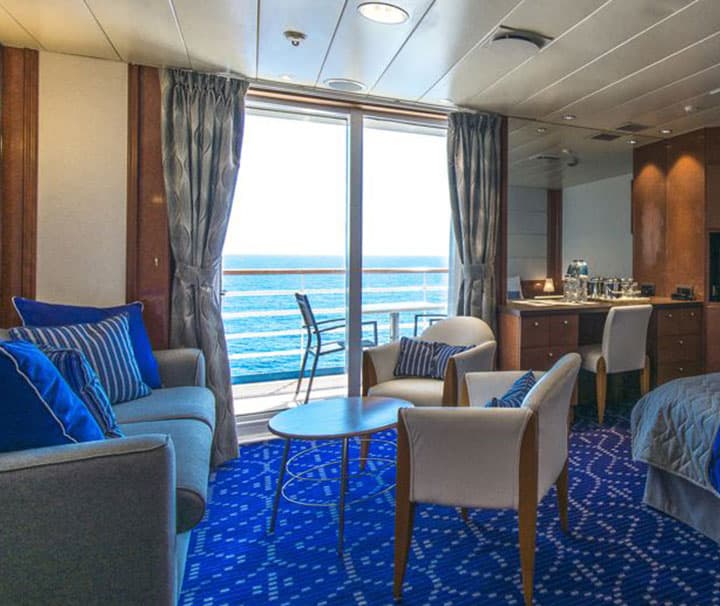 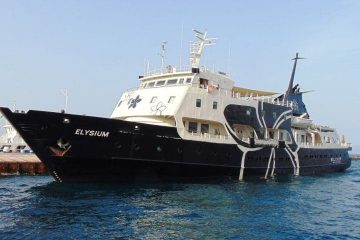 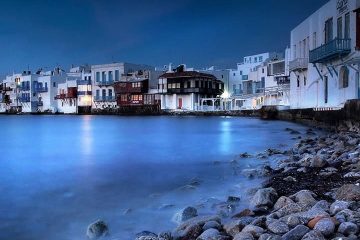 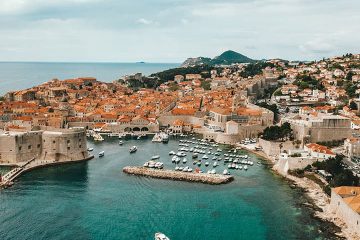 Customized itinerary just for you!

Did you not find what you are looking for?

We will be happy to create a unique tailor made vacation of your dreams!